The updated tour posters for next week’s gigs are now available. Wanna help us out? Print them out & distribute with people you know / on streets nearby the club OR just spread the link online. Thanks, let’s make it a good one! 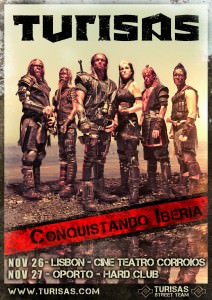 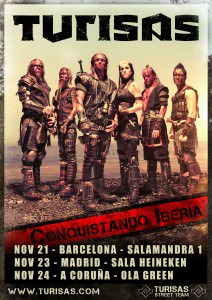 “Tag Yourself” contest is still on: tour continues in Northern Ireland on Monday!

“Tag Yourself” contest winner in Dublin is Antoine Martinez Keogh, who wins 2 tickets for the gig featuring Turisas and Devin Townsend Project. Want to take part in the contest? Go to www.facebook.com/turisas and follow the rules.